This area was completely closed to foreign trekkers until 1991. Mustang is an ancient Himalayan kingdom. Inside the walled city of Lo Manthang are some of the largest Tibetan Buddhist gompas in Nepal. A difficult trek because of high altitude, exposed terrain and continual strong winds. 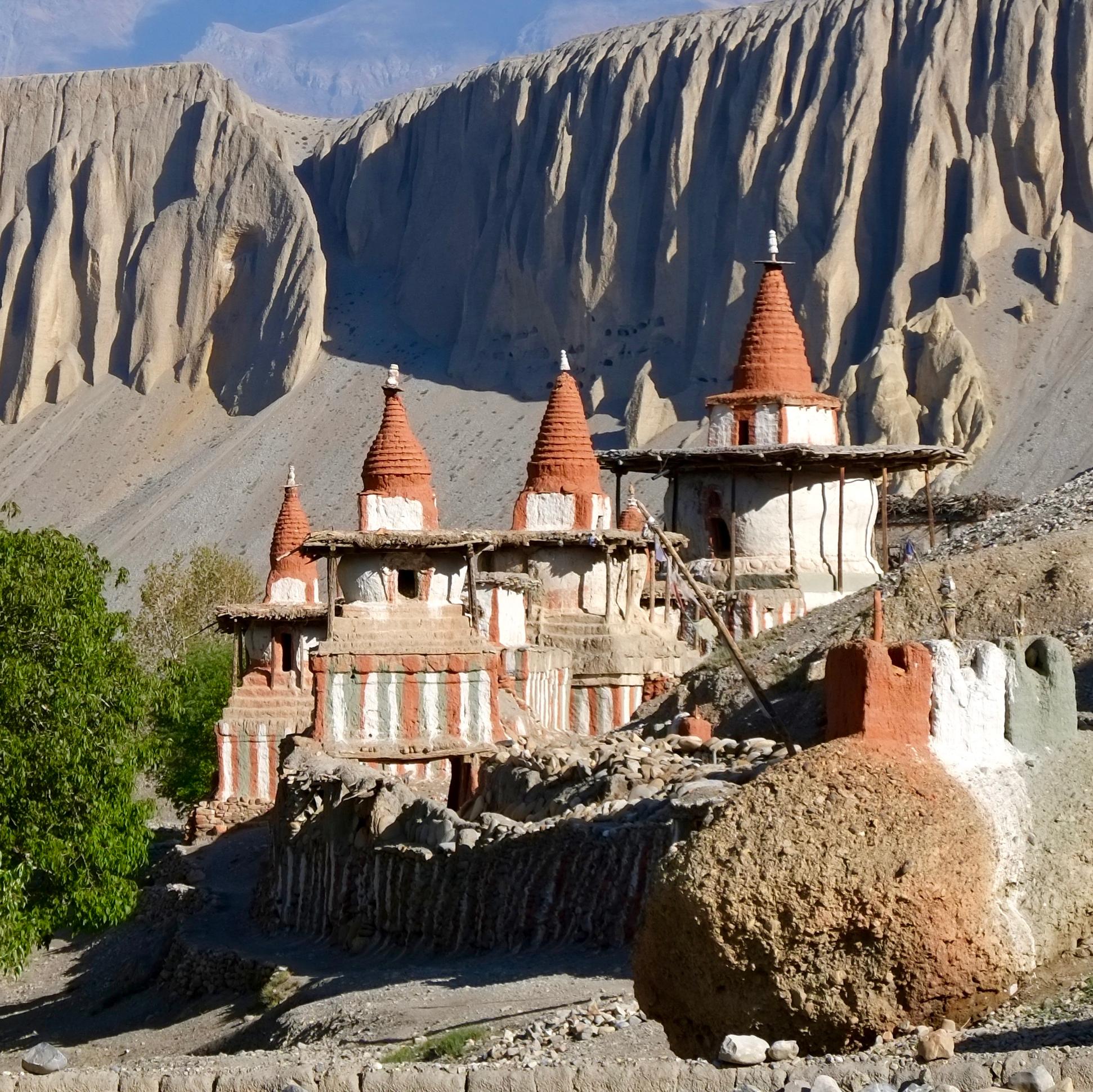 This arid, Tibet-like region, which is known as Lo to its inhabitants, is situated at the northern end of the Kali Gandaki. The name probably is a mispronounciation of th town Manthang, the capital of Lo. It  has nothing to do with the horse or the car. The district of Mustang extends from south of Ghasa to the tibetan border. The district headquarters is in Jomson. Only so called upper Mustang is a restricted area. In the southern part are five villages inhabited by Managis and in the northern part - the ancient kingdom of Lo - the culture is almost purely tibetan.
The king is Lo Gyelbu, but although the nepali term raja is used here.

The price for a trekking permit for upper Mustang is lowered from 700$ to 500$ per person for 10 days. Extra days are now 50$ each. And you are now allowed to visit this region without a liaison officer, but you still need a guide. To carry your luggage, you also might consider renting horses in Jomson or a porter. This trek is now also possible as lodge-trek without tent.