Perched on the southern slopes of the Himalayan Mountains, State of Nepal is as ethnically diverse as its terrain of fertile plains, broad valleys, and the highest mountain peaks in the world. The Nepalese are descendants of three major migrations from India, Tibet, and North Burma and Yunnan via Assam. 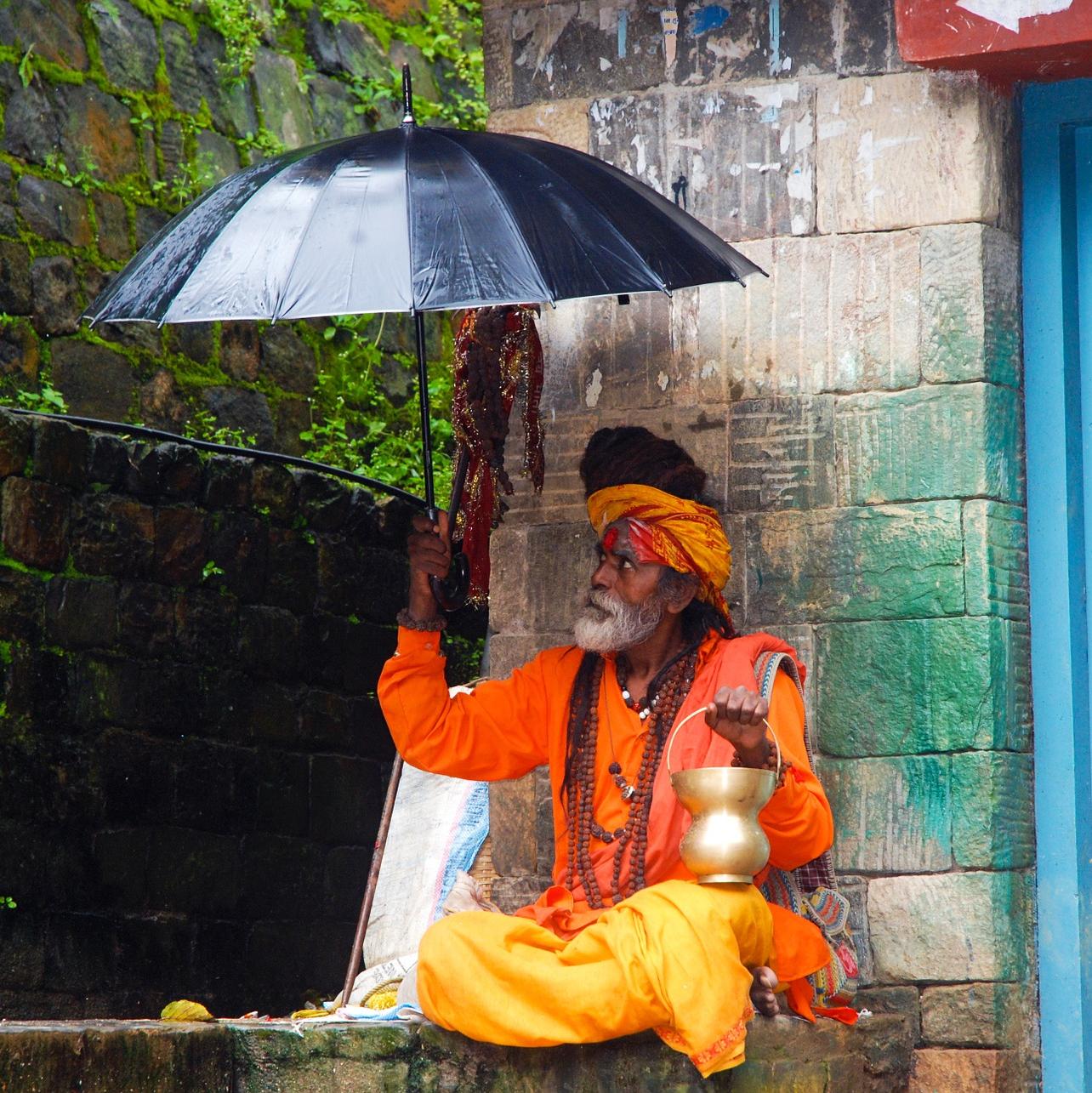 Among the earliest inhabitants were the Kirat of east mid-region, Newar of the Kathmandu Valley and aboriginal Tharu in the southern Terai region. The ancestors of the Brahman and Chetri caste groups came from India Kumaon, Garwal and Kashmir, while other ethnic groups trace their origins to North Burma and Yunnan and Tibet, e.g. the Gurung and Magar in the west, Rai and Limbu in the east, and Sherpa and Bhotia in the north.

In the Terai, a part of the Ganges Basin with 20% of the land, much of the population is physically and culturally similar to the Indo-Aryans of northern India. Indo-Aryan and East Asian looking mixed people live in the hill region. The mountainous highlands are sparsely populated. Kathmandu Valley, in the middle hill region, constitutes a small fraction of the nation's area but is the most densely populated, with almost 5% of the population.

In the northern region of the Himalayas are the Tibetan-speaking groups namely Sherpas, Dolpas, Lopas, Baragaonlis, Manangis. The Sherpas are mainly found in the east in the Solu and Khumbu region; the Baragaonlis and Lopas live in the semi-deserted areas of Upper and Lower Mustang in the Tibetan rain-shadow area; the Managis live in Manang district area; while the Dolpas live in Dolpa district of West Nepal, one of the highest settlements on earth at 4,000 meters. The Middle Hills and Valley People

Several ethnic groups live together in harmony in the middle hills and valleys. Among them are the Magars, Gurungs, Tamangs, Sunuwars, Newars, Thakalis, Chepangs and majority of Brahmans and Chhetris. The Brahmans and Chhetris have long dominance in all pervading social, religious and political realms. There are also some occupational castes namely: Damai (tailor), Sarki (cobbler), Kami (blacksmith) and Sunar (goldsmiths). Though, there exist numerous dialects, the language of unification is the national language, Nepali.

Ethnic Diversity in the Kathmandu Valley

Kathmandu Valley represents a cultural cauldron of the country, where, people from varied backgrounds have come together to present a melting pot. The natives of the Kathmandu Valley are the Newars. Newari culture is an integration of both Hinduism and Buddhism. The Newars of Kathmandu Valley were traders or farmers by occupation in the old days.

The main ethnic groups in Terai are Tharus, Darai, Kumhal, Majhi and other groups that have roots in India. They speak north Indian dialects like Maithili, Bhojpuri. Owing to the fertile plains of Terai, most inhabitants live on agriculture. There are, however, some occupational castes like Majhi (fisherman), Kumhal (potter) and Danuwar (cart drive