The hilly region lies in the central part of Nepal and is less developed than the Terai but more developed than Himalaya. South of the Himalayan Mountain Region lies the complex zone of hills, valleys, basins and low tablelands of varying altitude and magnitude. 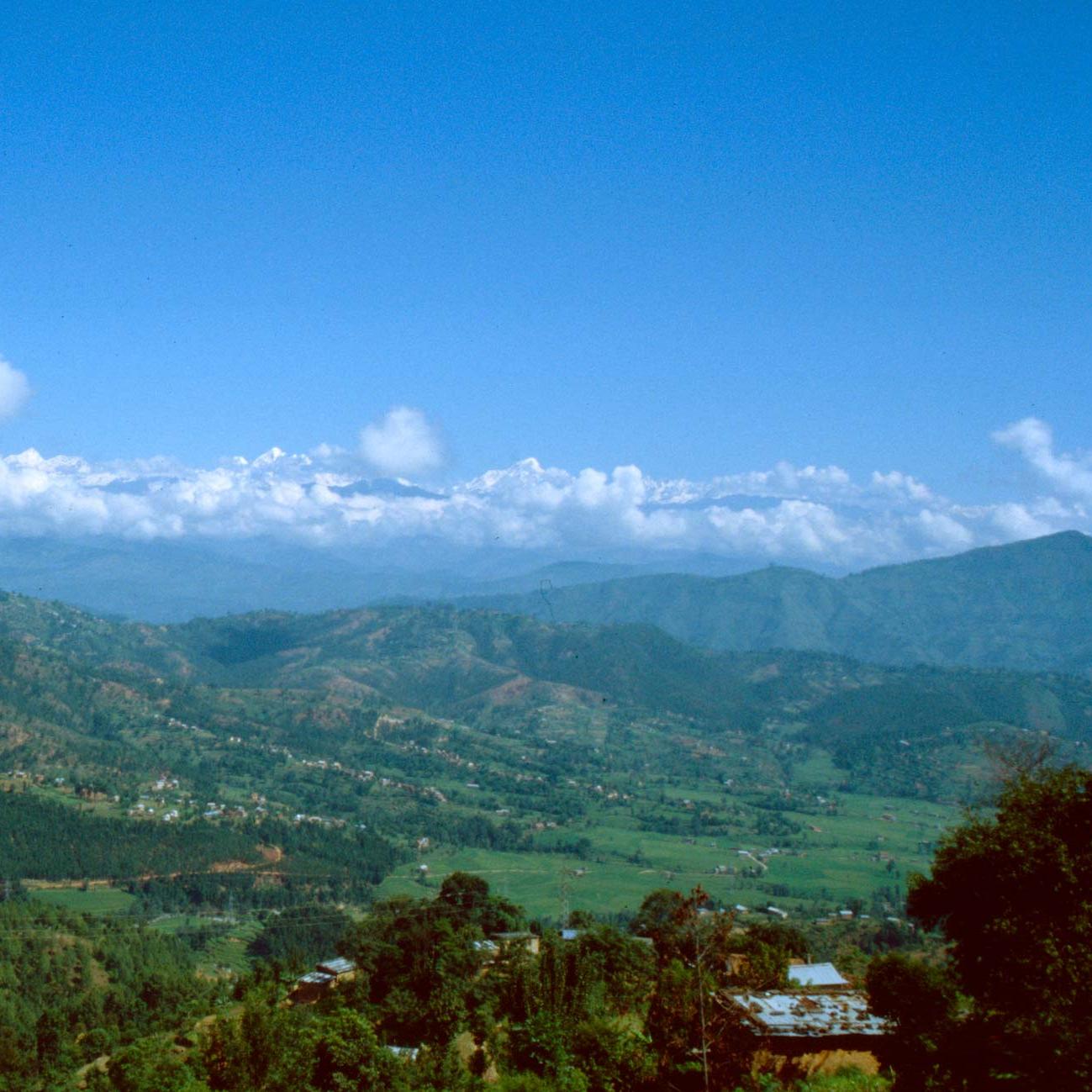 The central geographical region situated north to the Terai is the Hill Region covering about 68% of the total land area. Its altitude ranges between 600 m to 3299 m.

Despite its geographical isolation and limited economic potential, the region always has been the political and cultural center of Nepal, with decision-making power centralized in Kathmandu, the nation's capital. Because of immigration from Tibet and India, the hill ranges historically have been the most heavily populated area. Despite heavy out-migration, the Hill Region comprised the largest share of the total population in 1991. It accommodates 43% of the total population and density of people is 186 people per sq km.

Although the higher elevations (above 2,500 meters) in the region are sparsely populated because of physiographic and climatic difficulties, the lower hills and valleys are densely settled. The hill landscape is both a natural and cultural mosaic, shaped by geological forces and human activity. The hills, sculpted by human hands into a massive complex of terraces, are extensively cultivated. Some extensive valleys such as Pokhara and Kathmandu are its examples.

The Churai Range, though dissected in some parts, runs parallel east to west into the southern part and Mahabharat ranges into the northern part. The climate is mild and soil is semi-fertile. The deciduous forest grows into the lower part and coniferous into the upper part of the region.