The geography of Nepal

Nepal commonly is divided into three broad physiographic areas: the Mountain Region, the Hill Region, and the Terai Region. All three parallel each other, from east to west, as continuous ecological belts, occasionally bisected by the country's river systems. 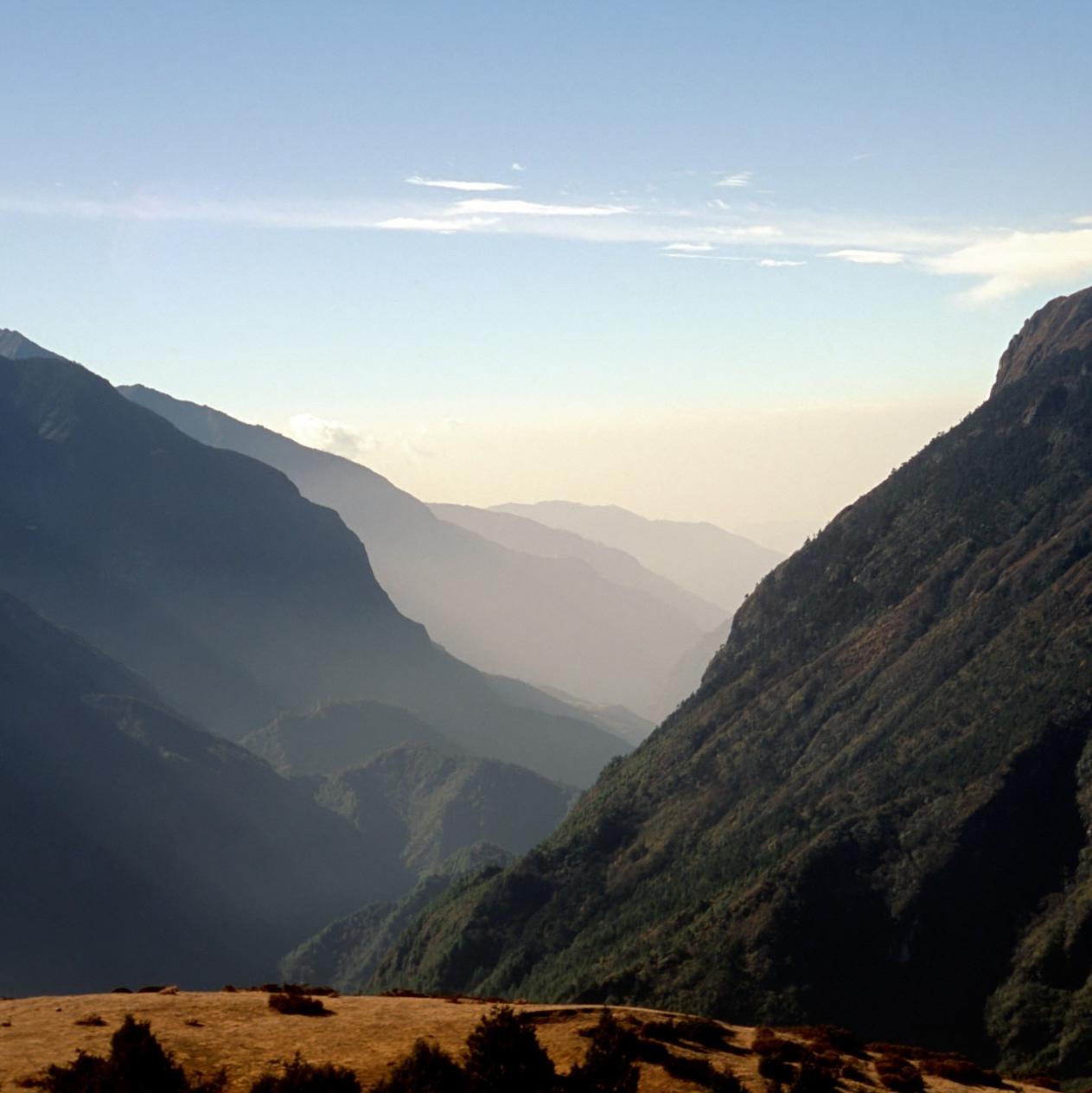 For a small country, Nepal has great physical diversity, ranging from the Tarai Plain - the northern rim of the Gangetic Plain situated at about 60 meters above sea level in the south - to the 8850-meter-high Mount Everest, locally known as Sagarmatha (its Nepali name), in the north. From the lowland Tarai belt, landforms rise in successive hill and mountain ranges, including the stupendous rampart of the towering Himalayas, ultimately reaching the Tibetan Plateau beyond the Inner Himalayas. This rise in elevation is punctuated by valleys situated between mountain ranges. Within this maze of mountains, hills, ridges, and low valleys, elevational (altitudinal) changes resulted in ecological variations. 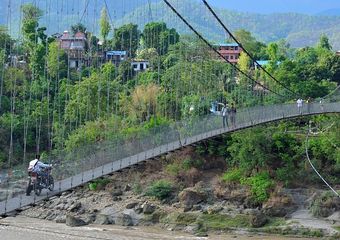 The Tarai Region, also called Madhesh, is a lowland tropical and subtropical belt of flat, alluvial land stretching along the Nepal-India border, and parallel to the Hill Region. 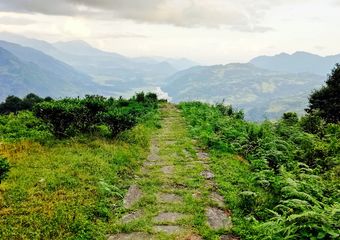 Situated south of the Mountain Region, the Hill Region (called Pahar in Nepali) is mostly between 1,000 and 4,000 meters in altitude. It includes the Kathmandu Valley, the country's most fertile and urbanized area. 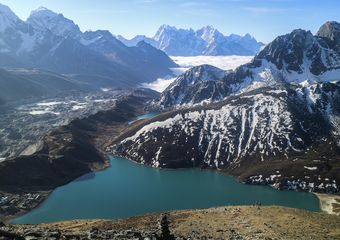 The Mountain Region constitutes the central portion of the Himalayan range originating in the Pamirs, a high altitude region of Central Asia.