Nepal's monsoon climate and huge altitudinal range create a wide array of habitats, from the lowland evergreen tropical forests in the Terai (below 200m), through warm temperate evergreen, cool temperate deciduous forests and then coniferous forest to the tree line. Above this, Rhododendron scrubland extends up to the high alpine meadows before plant life gives way to the frozen wastes of the barren snow capped peaks of the world’s highest mountains (the highest recorded flowering plants are found at around 6100 m). 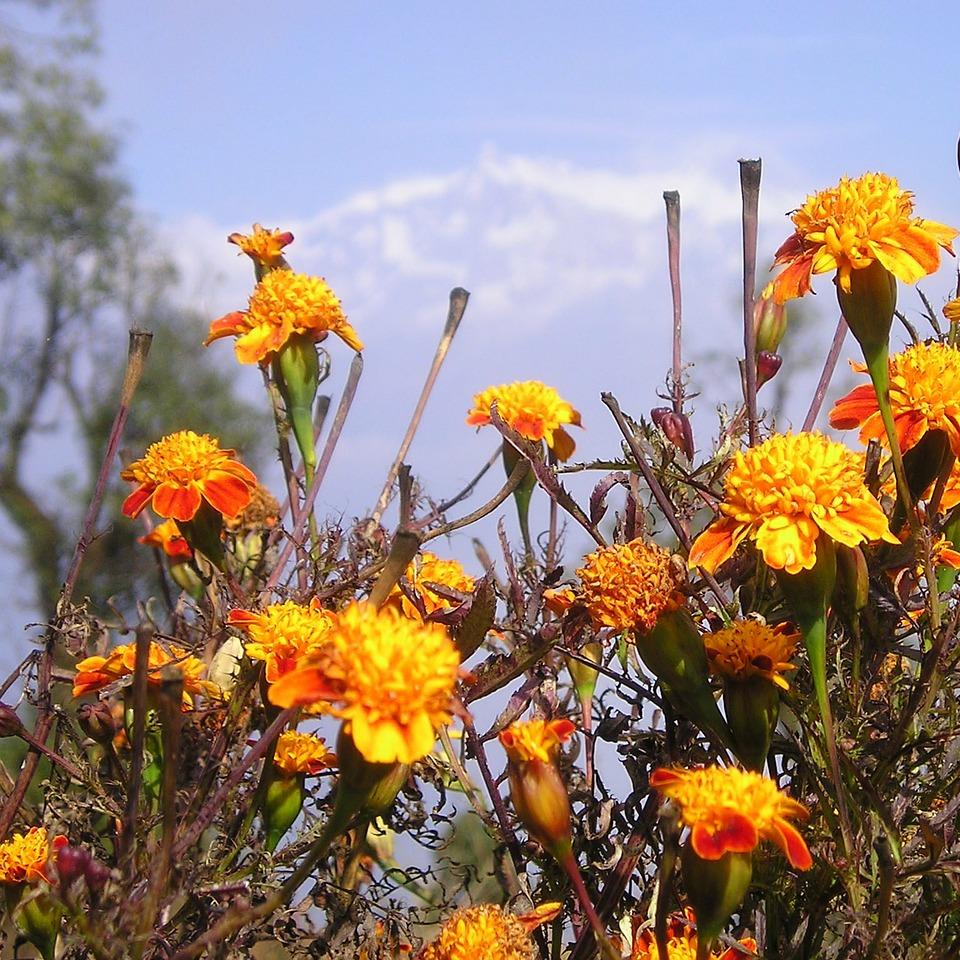 Sal, a broad-leaved, semideciduous hardwood, dominates here. It varies little from east to west and is a climax species.
In this zone there is also a deciduous moist forest of acacia and rosewood, as well as open areas of tall elephant grass. The silky cotton tree with its thorny trunk when young, and smooth, buttressed trunk base when older, drops its leaves and bursts into bright red flowers in early spring.
These forest types are typical of the Churia Hills and inner Terai, although sal and silky cotton are also found in the subtropical zone.

The dominant species east of the Kali Gandaki are the true chestnuts and the schima. The spiky flower clusters of the chestnuts appear un the fall, while the fragrant white flowers of the schima bloom in late spring. Due to the popularity of chestnut wood as a source of fuel, it is often depleted.
In the west, the chir pine is found on all aspects. This species is also found in the east, but confined to drier southern slopes.

Evergreen oaks are indigenous to this zone. In the east, the oaks of the wet forests are festooned with moss and epiphytes and have dense understoreys. In the west, another species, preferring dry conditions, is present. A common wet forest that occurs mostly on north and west faces in western Nepal consists of horse chestnut, maple and walnut. Alder and birch are prevalent along watercourses. Homogeneous blue-pine forests occur extensively in the west, mostly on south faces, and range to the tree line. This species is hardy and fire resistant, thriving well in habitats modified by humans. It is also found, to a lesser extent, throughout the east.

Brown oak is widespread throughout the forests of western Nepal. In the east, it is confined to southern slopes, but has suffered heavy deforestation for fodder and fuel. The spectacular wet rhododendron forests are interspersed with hemlock and fir. There are also pure stands of blue pine. In the west it occurs with fir and spruce; iin the east, firs, hemlocks and yews associate with blue pine. A mixed broad-leaved forest of maple and laurel is also typical of this zone.

Silver fir, mixed with oak and birch, extends to the tree line in the west. East of the Kali Gandaki, only birch is found to the tree line, although in wetter conditions, dwarf bamboo and shrub rhododendron may replace it. In dry areas, juniper species occur to the tree line.

In this realm above the tree line, vegetation must cope with extremes in ground temperatures and moisture gradients that range from nothing in winter to profuse in summer. Only the most tenacious wildflowers thrive here, usually by being hirsute or having thick underground stems (rhizomes). A successful example is stellara, common above 5500m. In the trans-Himalaya, vegetation is restricted to the arid species of the Tibetan Plateau.