The history of Nepal

The history of Nepal has been influenced by its position in the Himalaya and its two neighbors, modern day India and China. Besides sharing its geographical borders with these two countries, Nepal also shares history with its two giant neighbors. It was
influenced to a large extent by the same incidents that proved to be turning points in the history of India and China. 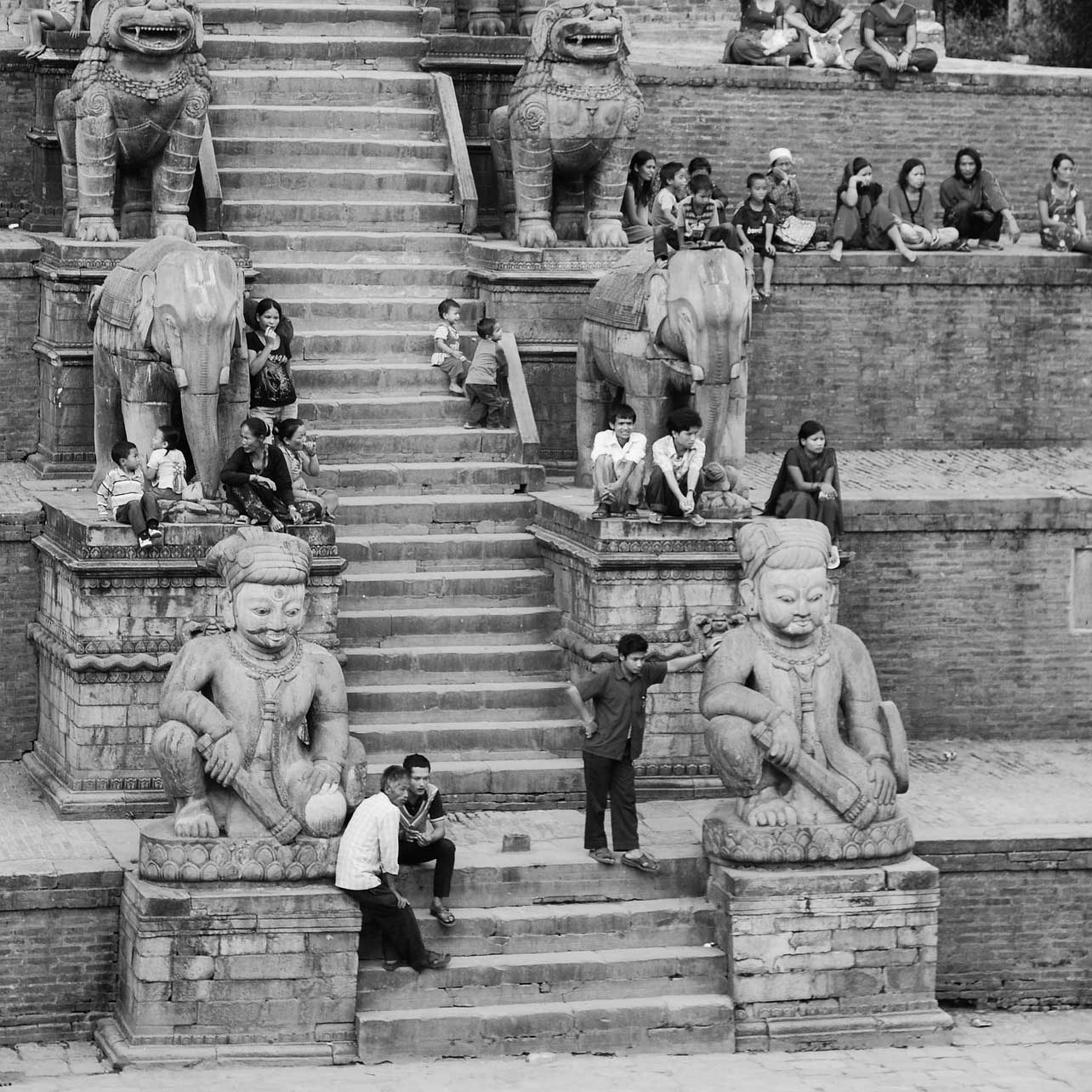 The first rulers of Nepal are believed to be the Gopals dynasty. During the Gopals dynasty, there were eight different leaders who led Nepal for approximately 520 years. They were replaced by the Mahishapalas who came from India and ruled Nepal for a further 111 years, establishing a capital at Matatirtha in the southwest corner of the Kathmandu Valley. By the 7th century BC, the Kirantis, a tribe from the Himalayas took control of the country. It was during the Kirantis rule that Buddhism was first introduced to Nepal. However, at the beginning of the 4th century AD the Kirantis were overthrown by the Licchavis, a group of Indo-Aryan people from northern India. The Changi Narayan Temple near Bhaktapur, which dates back to the 5th century, is part of the Licchavis legacy.

Nepal entered its "Golden Age" in the 13th century under the Malla dynasty who greatly encouraged literature, music and art. The Malla ruled for 520 years and during this time, architecture flourished. Many temples and palaces were constructed and society and cities became more organised. The Malla encouraged religious tolerance and so Buddhism was again able to flourish. The Kathmandu Valley was divided into three kingdoms: Kathamndu, Bhaktapur and Patan. What now makes up modern day Nepal was spread amongst approximately forty-six different principalities.

In 1743 Prithvi Narayan Shah became King of Gorkha (located to the west of Kathmandu). He had a great desire to unite all the kingdoms in Nepal and after many successful conquering missions he succeeded and Nepal was united in 1769. Rather than making his new territory part of Gorkha, Prithvi Narayan Shah instead moved the capital to Kathmandu and established the Shah dynasty that would rule Nepal until 2008. Recognising British colonial interests in neighbouring countries, and fearing they would soon settle on Nepal, the king worked quickly to dismiss all European missionaries from the country and Nepal embarked on a period of isolation.

By the early 20th century, Nepal was formally granted independence, however true independence did not come until 1947 when India became independent. In 1951, Renas - hereditary Prime Ministers that had been put in place by the British - were overthrown by the Nepali Congress. In place of the Prime Minister, a hereditary monarchy was reestablished under King Tribhuvan, who was succeeded by King Mahendra in 1955. 1960, the new king undertook a royal coup which led to the banning of all political parties. Upon his death in 1972, the king was replaced by his son Birendra.

Throughout the 1980s, King Birendra faced great opposition as the population of Nepal resented the fact that he was essentially running an absolute monarchy. The 1980s and 1990s were therefore periods of repression and censorship in Nepal. The king was forced to accept political parties after great public unrest, however these parties were full of internal fighting and the government was very unstable.

In June 2001, a bizarre event shook the country. The heir apparent to the throne, Prince Dipendra murdered members of his immediate family before committing suicide during a massacre at the palace. There are many theories about what happened that day and about what the prince’s motives were. The massacre meant that the most senior remaining royal, Gyanendra Bir Bikram Shah Dev assumed the throne. He was very unpopular and faced many problems throughout his rule.

The Communist Party of Nepal (Maoist) tried to replace the royal parliamentary system with a socialist republic in 1996. This led to the Nepal Civil Wars and more than 12,000 deaths. By 2005, Gyanendra Bir Bikram Shah Dev dismissed the government and assumed full control in an attempt to put down the Maoist movement. A stalemate was reached and by 2006, the king agreed to relinquish his sovereign power to the people and the monarchy was abolished fully in 2007 with the Communist Party of Nepal winning the largest number of seats in an election in April 2008.

Today, Nepal has a president as Head of State and a prime minister that heads the government. Despite being plagued by political tensions, Nepal offers incredible opportunities for adventure in its diverse terrain from the high Himalaya to the plains.