Rara National Park is located in northwest Nepal about 371 km air distance from Kathmandu. The park headquarters is about 32 km north to Jumla. This is the smallest park in Nepal (106 sq. km) with the country's biggest lake (10.8 sq. km) at an elevation of 2990 m. The lake has a maximum length of 5 km and a width of 3 km. The maximum depth is 167 m. The park was gazetted in 1967 to conserve the unique beauty of Lake Rara and to protect a representative sample of flora and fauna of the Humla-Jumla region. 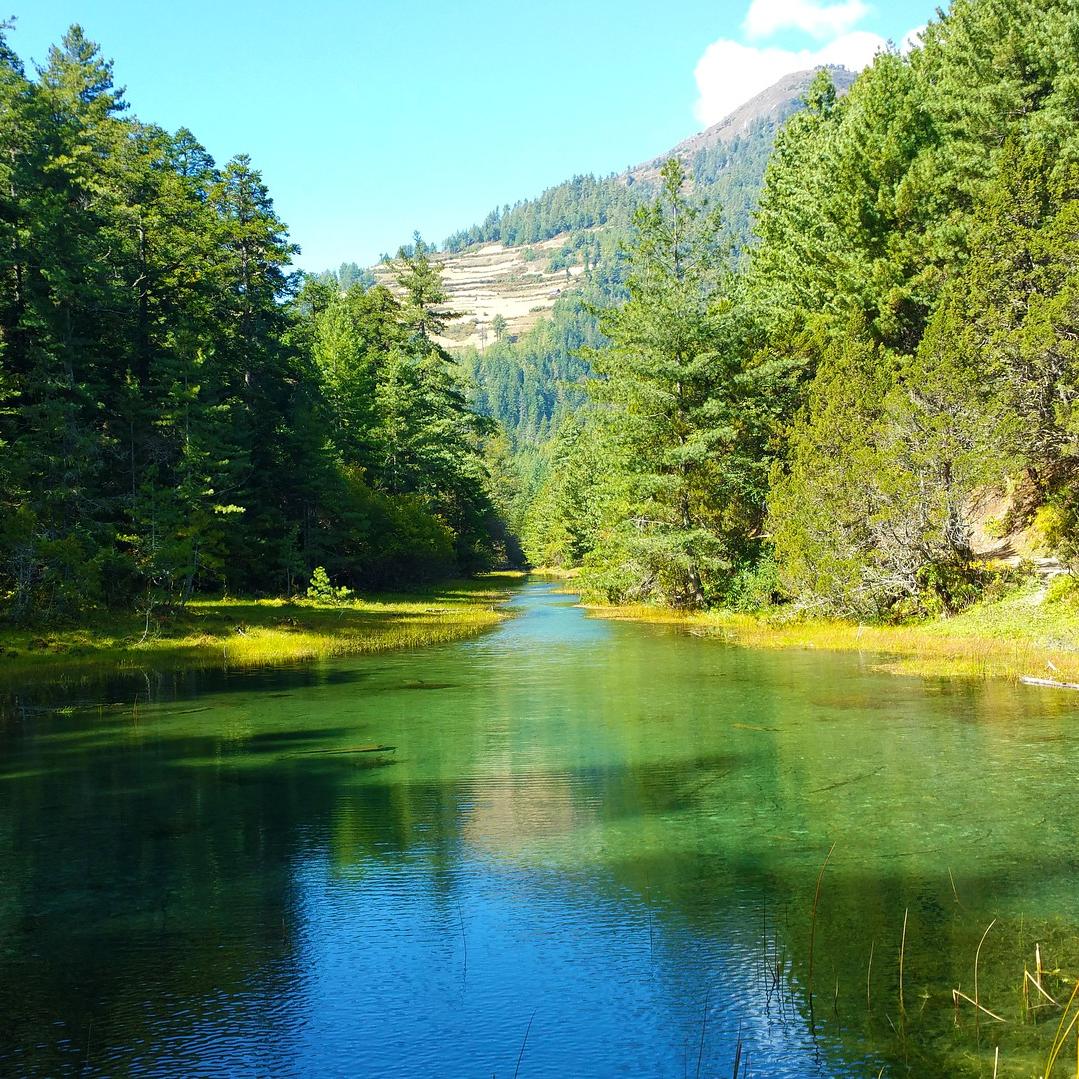 The elevation of the park ranges from 1800 m to 4048 m, Chuchemara Lekh is the highest point. The lake is in a deep basin, the northern and eastern rims which form part of the park boundary. The lake drains to Mugu Karnali River via Nija Khola. The lakeside pasture in the south gives way to the steep slopes of Gurchi Lekh, its crest culminating at Chuchemara in a horse-shoe shaped opening to the south drained by the Jiun River. On the west, river valleys cut through a ridge which form the natural boundary to the park.

There are no settlements inside the park. Residents of two villages Rara and Chhapru were moved out in 1976 and resettle in Bardia District. Villages around the park are Jyari, Pina, Topla, Tuma, Ruma and Murma. The local economy is based on agriculture, primarily potatoes, buckwheat, beans, barley and wheat. Hindus dominate the community composition.

Lake Rara is the most beautiful and interesting site in the park. Bird lovers enjoy winter with the migratory birds. Hundreds of varieties of ground flowers form a colorful carpet in summer. Conventional currents do not allow the lake to freeze in winter. Chuchemara Peak (4048 m) on the southern side of lake presents a magnificent scene with the gleaming blue water within a basin of well forested hills. Other summits are Ruma Kand (3731 m) and Malika Kand (3444 m) to the north of the lake. From these peaks one can enjoy the view of the lake, peaks to the south and beautiful Mugu Karnali River valley to the north.

The park contains mainly coniferous forest. The area around the lake is dominated by blue pine up to 3200 m, Rhododendron, black juniper, west Himalayan spruce, oak and Himalayan cypress are other species. Above this elevation the vegetation is replaced by a mixed coniferous forest of pine, spruce and fir. At about 3350 m pine and spruce give way to fir, oak and birch forest. Other deciduous tree species found in the park are Indian horse-chestnut, walnut and Himalayan poplar.

Summer is pleasant, however, the winter brings cold temperatures and heavy snowfall (up to one meter). The best time to visit is October to December or March to May. The winter is quite severe with ground frost occurring from October. December through March is the time of snowfall with the temperature dropping to below freezing point. High passes remain closed by heavy snowfall during this time. The month of April brings the warmer weather and monsoon season is June to August.

Rara National Park lies in Mugu and Jumla districts which can be reached by bus and by plane. There are buses from Nepalgunj to Jumla (16h). Regular flights from Nepalgunj are operated to Jumla and Talcha Airport. From Jumla, it is a two day trek the National Park, while from Talcha it is only a few hours walk.

All visitors must pay a park entry fee at Bhulbhule guard post or at park headquarters. National Park fees per person per entry:

Be sure to keep your entry ticket with you as it might be checked by the park personnel.